Alok Ohrie is the President & Managing Director at Dell India.

With over 25 years of experience in the IT industry across various leadership positions, Alok has been credited as a visionary with a keen understanding of technology and market dynamics.

Prior to joining Dell, Alok led IBM’s Systems and Technology Group in India from January 2010. Under Alok’s leadership his team strategically grew the business and developed a strong reputation for developing robust Server, Storage, Networking and Systems Software solutions for their enterprise, SMB, Government & Public Sector customers. Prior to joining IBM, he was President of India and SAARC region and also worked for AMD as Vice President of Business Development and Managing Director of India for a period of two years. Alok also had a prior stint at IBM which spanned over 13 years in various leadership roles.

During the early part of his career, Alok held several senior level positions in Sales and Business Development at Wipro Infotech & ESPL Ltd.

Alok is an accomplished business leader with proven track record of managing businesses, people and customer relationships. He has gained good understanding of changing needs of customers and a wealth of experience in delivering solutions across India, South Asia and Asia Pacific markets.

Alok is a member of several industry bodies, a regular guest speaker at various management institutions and a jury member of various industry forums, including the jury panel of DQ lifetime achievement awards. Alok has also spoken at various national and international conferences & forums.

Alok is an avid reader and collector of books. He is a keen traveller and his hobbies include visiting new places and watching movies. 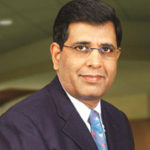