He has been on the retail scene for over 35 years and selling mobile phones for almost two decades. He is also the President of the Bangalore Mobile Retailers Association. Last year, the Delhi-based Institute of Economic Studies conferred him the IES Udyog Rattan Award. Sangeetha Mobiles has largely been a brick-and-mortar success story. However, since 2013, he has been selling handsets online through ShopNo47.com, and delivering handsets within 47 minutes in select cities. In 2013, he launched his own set of feature phones, tablets and accessories through Wham! Mobiles. Sangeetha Mobiles is a family of 2500 and he is happily leading it to many more milestones through innovation and enterprise. 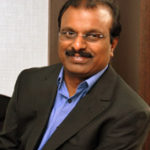