Manpreet is instrumental in Subway’s rapid expansion in India and in building an organic network of franchisees willing to associate themselves with the brand and grow as entrepreneurs.

He completed his schooling from St. Columba’s and pursued his graduation from Sri Ram College of Commerce (SRCC) in Delhi. He is a Post Graduate in Economics and Finance from London School of Economics and Political Sciences. He started his career by joining his family business of manufacturing cables and wires and went on to open the first Subway restaurant in India in December 2001.

Currently, he is the Country Head of Subway restaurants and Development Agent for NCR, UP, Uttaranchal, HP, Maharashtra (including Mumbai), Goa, Kerala, Tamil Nadu and Karnataka.

He was the first development agent for Subway for Delhi and NCR in 2002. Thereafter, became the development agents for Goa, Mumbai and Maharashtra in 2003 followed by Karnataka, Kerala and Tamil Nadu in 2005. Mr Manpreet Gulri was appointed the Country Head for Subway in 2006. A major contribution by him is the 100% localization of equipment and ingredients used in Subway. 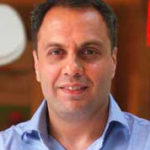