Riyaaz is among one of the most recognised restaurateurs in the country today. Starting out as a young and passionate entrepreneur, he is now the driving force behind the success and evolution of Impressario.The journey which started with a single restaurant has now transformed into a multi-brand empire.

Over the last decade, he has created many new concepts across the nation and earned the admiration and respect of the Indian hospitality industry. A pioneer in his field, Riyaaz is famous for his uncanny ability to provide one-of-its-kind experiences to the customers, through innovation. In 2011, he was deemed as “Best Restaurateur ” in India at the Time Out Food Awards. Riyaaz is the youngest Indian to have won the title.

He has been appointed as the President of National Restaurant Association of India (NRAI) – a coveted post for which he was unanimously selected by his peers. Internationally, his restaurants have been nominated for UK’s Restaurant & Bar Design Award as well as shortlisted for Miele’s Top 50 Restaurants in Asia. 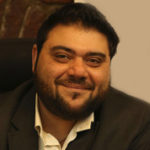