Viney Singh joined Fabindia on 1st August, 2016 as its Director and CEO. In his previous assignment he served as the Managing Director of Max Hypermarkets India Pvt limited, which is a Landmark group company set up to launch hypermarkets and supermarkets in India. He was closely involved in the signing of a license agreement with SPAR International for opening SPAR Hypermarkets and Supermarkets in India. Spar have opened 3 stores in the last year – 2 in Bangalore and 1 in Hyderabad. Viney Singh continues to be on the Board of the Company as a Non-Executive Director.

Prior to joining Landmark Group, he was part of the start up and leadership team as CEO of Reliance Communications for their Karnataka and Kerala circles from 2002 till 2006.
Viney was with Hindustan Lever/Unilever for two decades and has worked in all their food, personal care and home care businesses. His last two assignments were as Director Customer Management Unilever Mashreq (Egypt, Lebanon, Syria, Jordan & Sudan) and Head Business Development Hindustan Lever ,food businesses.

Viney is married to Ruma who is a journalist and has 2 sons.

He is a very keen sportsman and an active squash player, swimmer and scuba diver – this takes care of most of his leisure time. 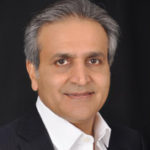