The journey of Mr. BK Gupta, the man behind GKB Opticals, one of India’s largest retailers of optical products, has been rather astounding. Coming from a family of Chartered Accountants, he found his calling soon after completing his graduation, with the need to bring organised eyecare to the Indian market. It was the late 1950s, when the first GKB outlet was setup in Agra. It was indeed revolutionary, making it a one-stop solution for all optical needs. Soon after, Mr. Gupta forayed into manufacturing lenses with 100% accuracy, using imported German technology. This was in a time when most lens manufacturers were making hand-crafted lenses. Quality was, and still is, his watchword and GKB became the first to introduce Rx prescription glasses in India. After opening its first flagship store at Gariahat, Kolkata, it did not take much long for him to spread GKB’s footprint across the country. Making personalised service the brand’s forte, it soon won over the loyalty of thousands of customers. His vision has helped put GKB Opticals on the India map as well as made it a coveted partner of many international brands. With more than seventy stores operating across India, housing more than sixty brands in eyeglasses, sunglasses and contact lenses, the journey of Mr. BK Gupta and GKB Opticals has come a long fruitful way. 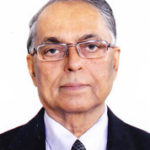