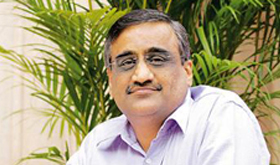 Widely credited as the pioneer of modern retail industry in India, Kishore Biyani is a mentor and role model for many Indian entrepreneurs and a thought leader in Indian business. Over the past two decades he has created and leads some of India’s most popular retail chains like Big Bazaar, Food Bazaar, Pantaloons, Central, Home Town and eZone. A believer in the group’s corporate credo, ‘Rewrite Rules, Retain Values,’ Kishore Biyani considers Indianness as the core value driving the group. His autobiography, ‘It Happened in India,’ has been translated into a number of languages.