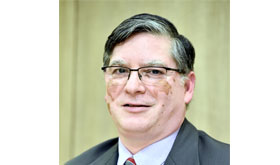 Dilip is currently Secretary General of the Federation of Indian Chambers of Commerce and Industry (FICCI). He leads the permanent secretariat of the industry chamber, which is the largest and oldest apex business organisation in India, and a potent voice for policy change. FICCI represents over 2,50,000 members through Member Bodies covering all the States of India.

Dilip has also worked in several key industry organizations, including SIAM as its Director General. He was a member of the Harvard Business School project under Professor Michael Porter that worked on the competitiveness of Indian industry. With varied experiences of working in the private sector, he advices start-ups including organisations in the digital, education, skills and livelihood space. Dilip has also served as Chairman of an Engineering Institute.

A fellow of the World Academy of Productivity Science (WAPS), he was awarded the Indian Achievers Award in 2018, The Game Changer Award in 2015 and the Rashtriya Media Ratan Award in 2013.