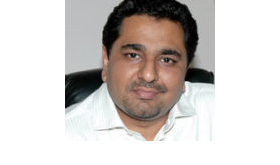 He holds a Diploma in Footwear Designing from ArsSutoria Institute of Design and Development, Milan, Italy. He has been instrumental in building the company’s partnerships with international brands such as Nike, Levi’s, Lotto and Puma. He has a vast experience of 20 years in manufacturing, licensing, distribution of footwear and retailing of branded merchandise.